What is PICSI (Sperm Slow)?

The PICSI method is a variation on the ICSI technique (sperm microinjection), but more physiological, which is performed using hyaluronic acid (HA).  Hyaluronic acid is involved in the sperm selection mechanism. Only mature spermatozoids that have their specific receptors out can bind to the HA around the outer membrane of the oocyte and fertilise it.

With traditional ICSI, sperm selection is performed by the embryologist who observes the semen sample and chooses spermatozoids with good motility. With physiological ICSI, or PICSI, the aim is to find a system which is less subjective in terms of sperm selection. 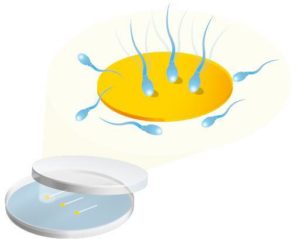 When is PICSI (Sperm Slow) indicated?

PICSI is very useful in patients with high sperm DNA fragmentation but good sperm motility, as the technique helps to select the best quality mature spermatozoids.

These spermatozoids are individually selected and have low fragmentation rates, thus reducing the likelihood of chromosome abnormalities.

Keeping in mind that this is an experimental technique under investigation, it is difficult to determine which patients it is indicated for. But, generally speaking, it is presently indicated in the following cases:

The sperm sample for PICSI is collected as normal. After sperm capacitation, the spermatozoids are placed on a special slide.

This slide contains drops of a synthetic material which closely resembles the hyaluronic acid that naturally surrounds oocytes. Good quality spermatozoids will bind to these drops, so the embryologist will be able to easily identify them. Once the spermatozoid has been selected it is aspirated with the microinjection pipette and ICSI is carried out as normal.